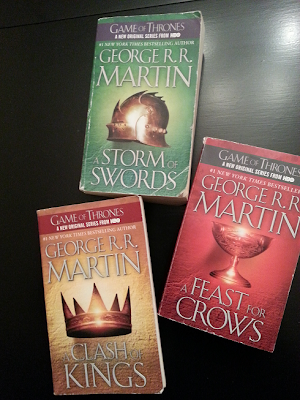 We've stocked three more paperbacks from George R.R. Martin's Fire and Ice series! We didn't even have to pay the "Iron Price" to get them. Fans of HBO's Game of Thrones will want to check 'em out and see what they've been missing!

Happy Birthday to the Man of Steel! 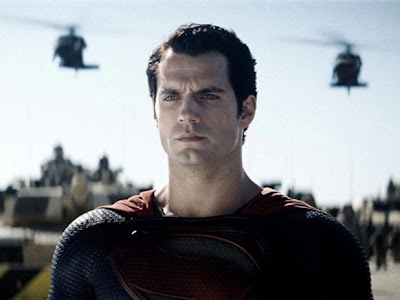 Last week--April 18th to be exact--the world's first and best-known superhero turned 75 years-old! It's probably not escaped you that coming June 14, Superman returns to the big screen in Man of Steel. The most recent trailer is nothing short of fantastic!

For a while now, geeks (like myself) around the world have been wondering what (if any) particular story might serve as source material for the film. While this new interpretation will be the third time in the last 30+ years that we've seen Kal-el's origin on screen, it appears that the filmmakers are going for a different flavor of Superman. One with more angst about his purpose on Earth and a tougher road out of adolescence. 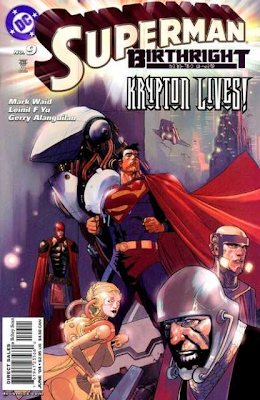 Now there are plenty of Superman comics out there that cover his origin, but one of my personal favorites was published a few years ago. The Birthright storyline gave us a more in-depth look at Clark's personal motivation for wanting to do good with his powers, by learning more about the world outside of Smallville--before moving on to the big city of Metropolis.

Clark is just starting out as a reporter and travels to Africa in his early 20s. I won't spoil it--you really should read it--but in trying to help some newly made friends he learns a few hard-knock lessons about his own limits. The result is likely the most human depiction of Superman we've seen to date. Clark fuses his Kansas and Krypton upbringings into a single vision to do good in for the entire planet (not only Metropolis)--through his earthly talents (journalism) as well as his otherworldly ones (super powers).

While we've seen Supes care for the planet before, before Birthright we never really got see Clark--or at least young Clark--get his feet wet and learn about humanity.

It's no secret that the storyline carries through themes from the (now ended) Smallville TV series. My guess is that this story might have been an influence on the new film. Though (again, don't want to spoil the comic's story here) it looks like some locations may have been changed.

Birthright and Man of Steel also share a similar threat in the form of enemies from his former homeworld Krypton. General Zod, the main villain from Christopher Reeve's Superman II, appears to be the key adversary in this latest rendition as well. There's a twist in Birthright that I won't give away, but I think there's enough evidence here to say that it's had an influence on choosing Krypton's most-wanted rebel. Lex Luthor has a great part in the comic as well--it remains to be seen if he'll show his shiny, bald visage in the film.

In any case, you should stop on over to the Library of Justice soon and check out the great Superman stories we've got in stock. Oh, and happy birthday Supes--you don't look a day over 30!


Now in the Library of Justice: 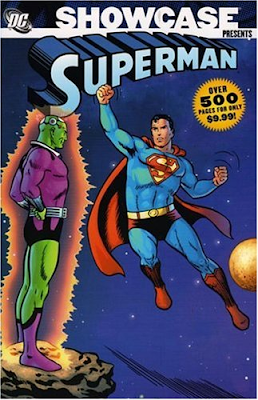 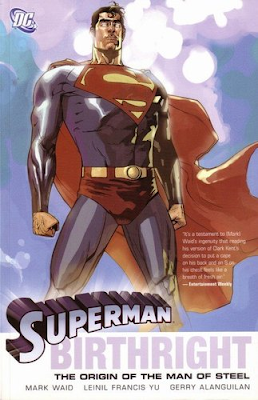 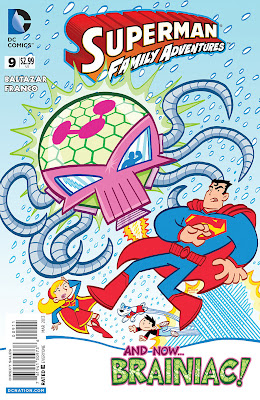 SFA is a fantastic kids comic about Supes and his gang (Supergirl, superdog Krypto, Lois Lane, etc.). It featurs fantastic artwork by Franco and Art Baltazar and is a superlative entry into comics in general--as well as Superman lore. We've got several issues from which to choose.


We're celebrating super-style next month with FREE COMIC BOOK DAY! Seriously, can you think of a better day, ever? Yes, technically EVERY day at the Library of Justice is a "day in which you can get a free comic" but to have a whole day around the world dedicated to it is just amazing!


So, in case you weren't aware, the first Saturday in May is always Free Comic Book Day, when kids of all ages can go and get free comics from participating shops. To celebrate, we're going to have lots of free comics to hand out at the Library of Justice, plus prizes, and refreshments. We'll have plenty of comics and books for kids of all ages, teens, and adults.
So mark your calendar for 3:00 p.m., Saturday, May 4th and stop by the Library of Justice (links to Google Maps) for some super fun!
BONUS: Geeks everywhere are DOUBLE excited because May 4th each year is (unofficially) "Star Wars Day"--as in MAY THE FOURTH BE WITH YOU!
We'll have Star Wars books and comics to give away as well. It'll be more fun than you can stuff in a space cruiser!
Okay, I don't think I can over-hype this enough, but just in case I missed anything, here's Wolverine telling you how awesome Free Comic Book Day is gonna' be...