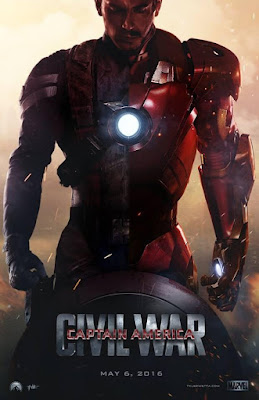 The Avengers are back! And things are not looking good--Captain America and Iron Man are frenemies! How did they come to this?

The trailer for next summer's blockbuster Marvel film, Captain America: Civil War is already here and gives us a glimpse of the ever-widening rift between former popsicle and die-hard boy scout Steve Rogers and genius, billionaire, playboy, philanthropist. Tony Stark.

This next chapter in the Marvel movie cycle is based on the 2006 comic book crossover event of the same name. In that storyline, Cap and ol' Shellhead were at odds over whether to comply with a government mandate to register and reveal their secret identities.

No word yet on how close the film will hew to the comics, but it looks like at least the main pillars of that plot are in place:
We're still not sure how big a role Cap's old army pal, Bucky Barnes, AKA The Winter Soldier, will play in the story. Also no word on whether Spider-man will make an appearance. He was a key player in the comics. Spidey's movie rights are owned by Sony, but there was word that they might be striking a deal with Marvel Studios to appear.

Still, looks like it's going to be a superhero squabble for the record books. Here's the trailer--enjoy!


EDIT: Nifty scene-by-scene breakdown of the trailer by io9!
Posted by Jay at 9:52 AM No comments: