The Guardians of the Galaxy are here! 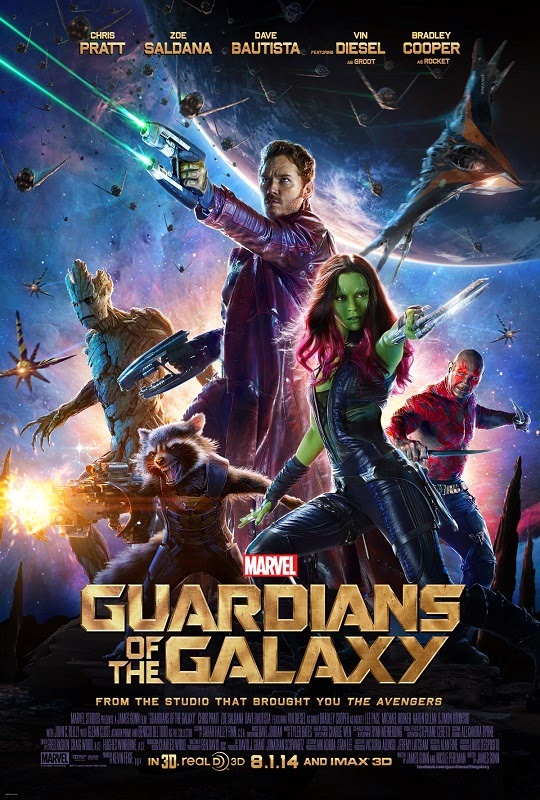 Tomorrow is the premiere of what might just be the zaniest space, action-adventure film ever: Guardians of the Galaxy! To celebrate, we've gone to the far reaches of the cosmos (okay, not really, we just went to a few local comic shops) to bring you these great comics: 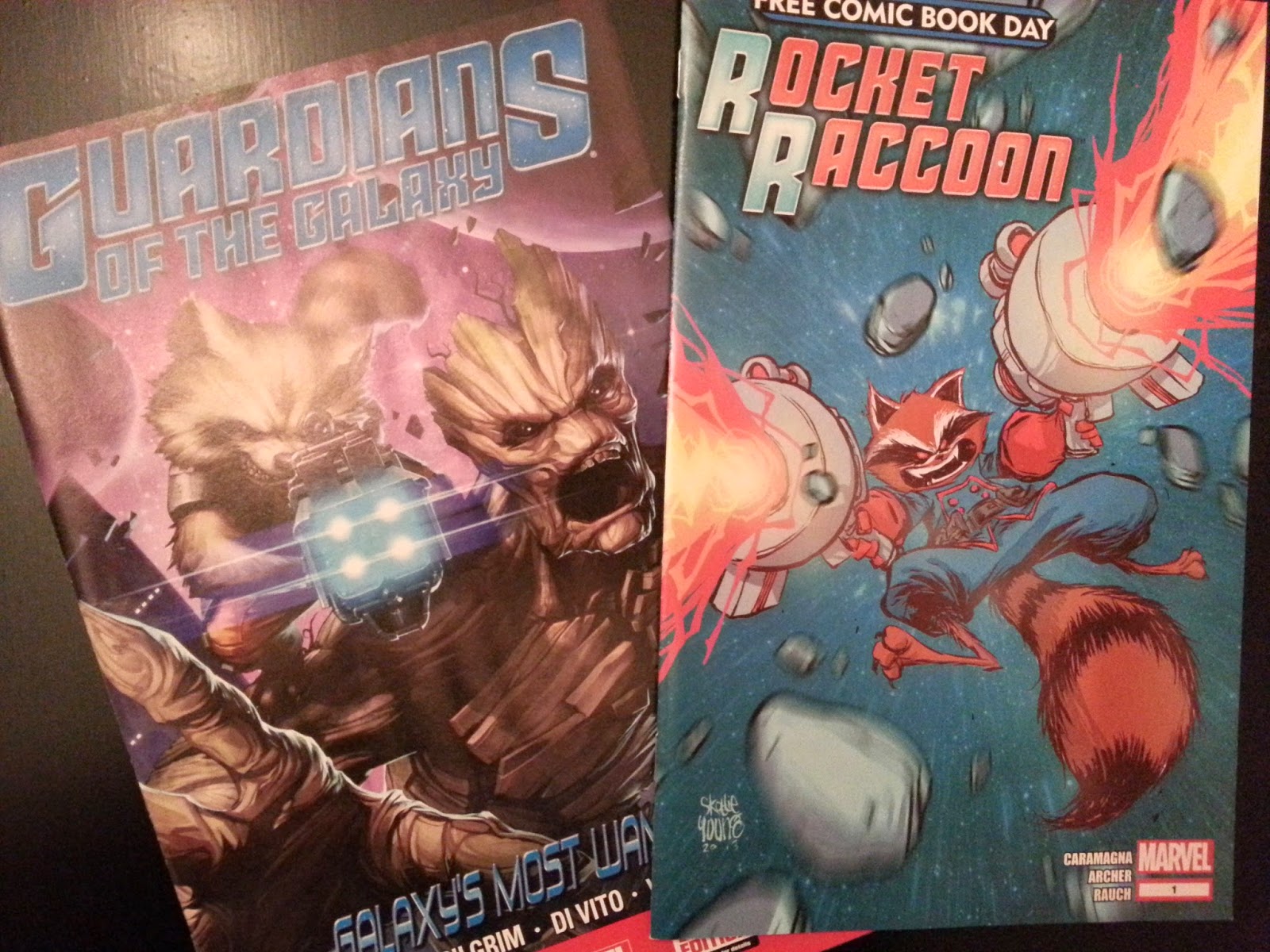 Find out what makes that irrascible rogue Rocket Raccoon and his deciduous partner, Groot, the most wanted outlaws this side of the Big Dipper! Galaxy's Most Wanted and Rocket Raccoon are both regularly appearing in stores, but RR's is the Free Comic Book Day edition. Both titles are rated "E" for everyone (all ages). You might recall we've featured Rocket before--he's one of our favorites! 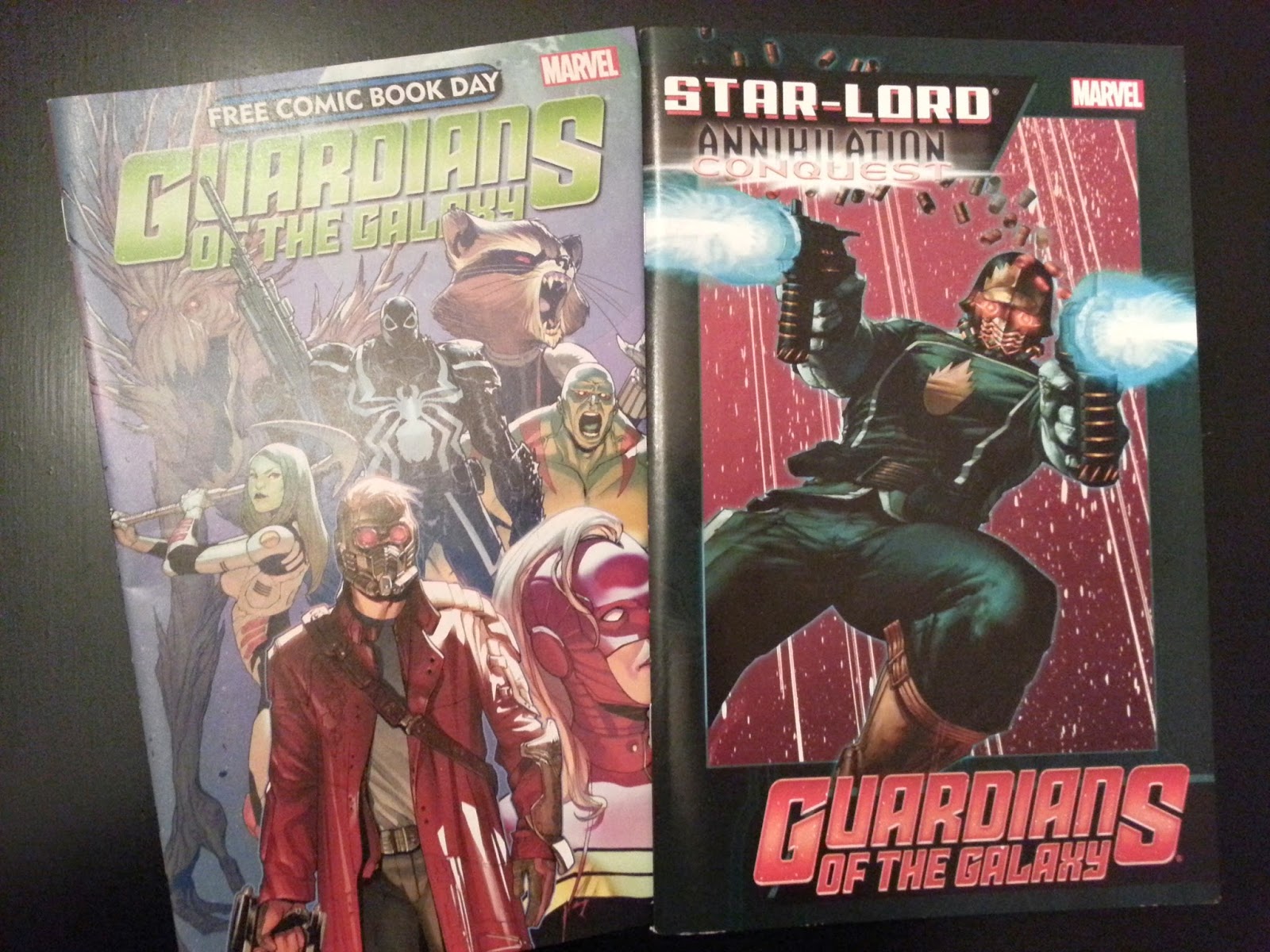 Speaking of Free Comic Book Day, check out the Guardians edition from this year for a brand new adventure. Then put on your space helmet and get ready to take off with Star-Lord, their team leader. Star-Lord Annihilation is a thick compliation of several stories of the swashbuckling hero. Both of these are rated "T" for Teen or older. 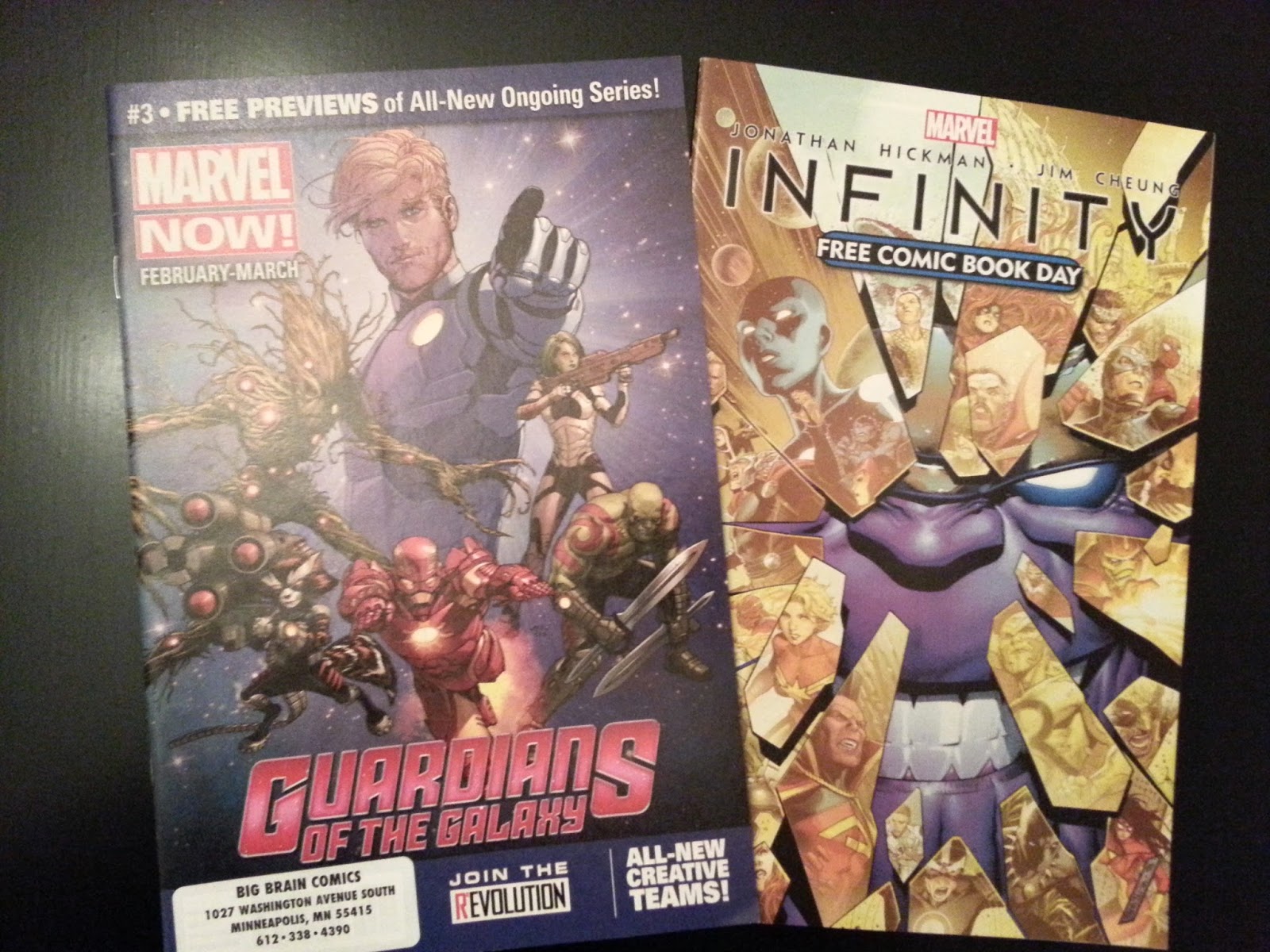 Then we come to another Guardians title, this one's a preview of the current storyline written by the astronomically talented Brian Michael Bendis. His saga is about the closest you'll get to finding material on which the film is based.

We finish with Infinity, which features the mad titan himself--Thanos! He's so bad, that both the Avengers and the Guardians are out to take him down. This is a FCBD edition that shouldn't be missed! Both these are rated "T" for Teen or older.

All titles are on the secret comic shelf through next week (or until they're checked out!).

Now that you're up on the Guardians past exploits, it's time to hit the theater for their big silver screen debut!

Never before has a character in popular culture so electrified our collective imagination as Batman has in comics, books and movies. Help the Dark Knight celebrate 75 years of chasing down and putting away bad guys in the name of justice.


We've got a selection of Batman tales--even some focusing on his partners in crimebusting: Robin and Batgirl. We'll have even more titles throughout the week, so make sure you make more than one stop to check 'em out!