From Books to Screen: On The Road! 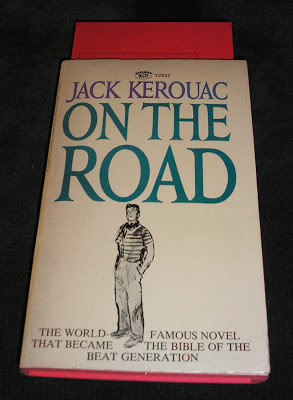 You'll have to forgive the lateness of this post. We decorated the Library today with Christmas lights and neglected to get the next selection in our Books to Screen series in there until just now!

Tonight we added On the Road by Jack Kerouac, the "Bible of Beat Generation" as the book's back states. On the Road is a quasi-fictionalized account of Kerouac's own travels across the US after World War II. It's often considered a major influence on the free love movement that followed a decade later.

The book was thought for years to be unfilmable in part due to it's unconventional (long and winding) structure. After passing hands from filmmaker to filmmaker since the 60s (including an attempt by Francis Ford Coppola) the film version of Road is finally on it's way to theaters this month. Have a look at the trailer:

On The Road is now parked snugly in the Library of Justice for you to enjoy!
Posted by Jay at 8:24 PM